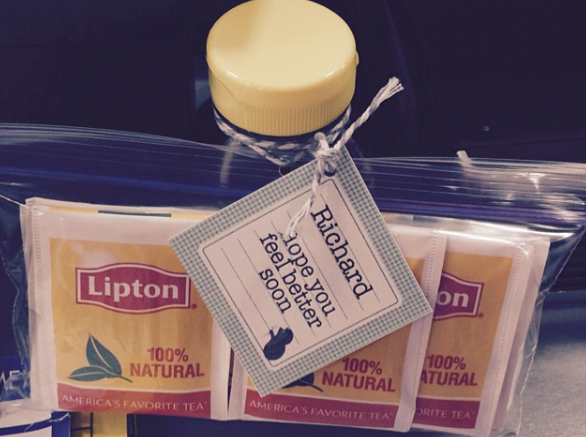 In celebration of my birthday, I thought I would re-share what I did for my 40th.

For the month of November 2014, my son and I did 40 Random Acts of Kindness around town, and marked off one of my life list items. 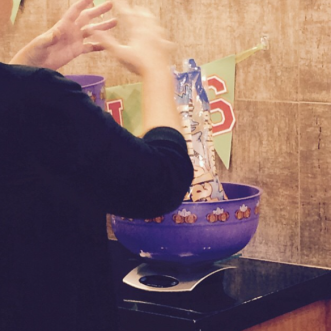 Candy to the troops 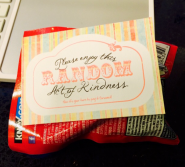 Lego toy at the ortho 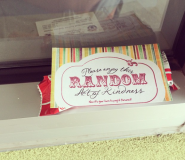 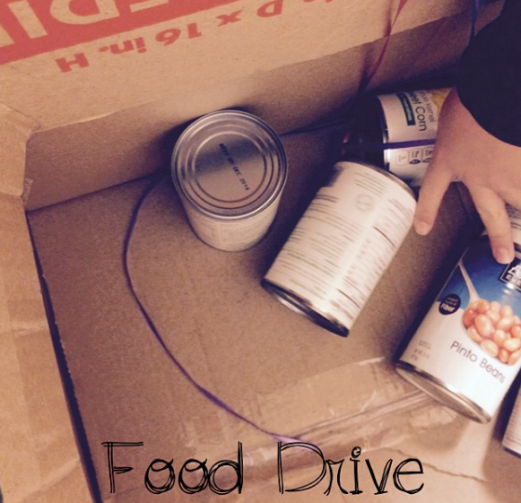 Food to the food drive

We did things like taking our Halloween candy to the place that then donates it to the troops overseas. We left a Lego toy on the counter at one orthodontist office and stuck another Lego in a toy at another office where we also took canned food for their food drive (I hope more ended up in that box). You hear about people all the time doing a pay-it-forward at Starbucks but the time we did it at Chic-fil-A and Target, the cashier was a little stunned (to say the least). 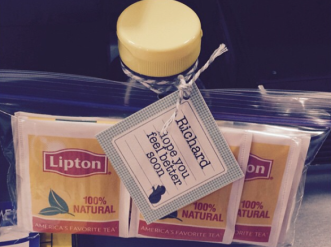 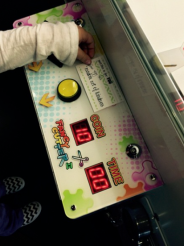 We left these things of quarters in various places, on top of machines that took quarters. When a co-worker wasn’t feeling well, I left a surprise on his desk. One of my favorites, was leaving coloring books with crayons in the waiting room at the hospital. 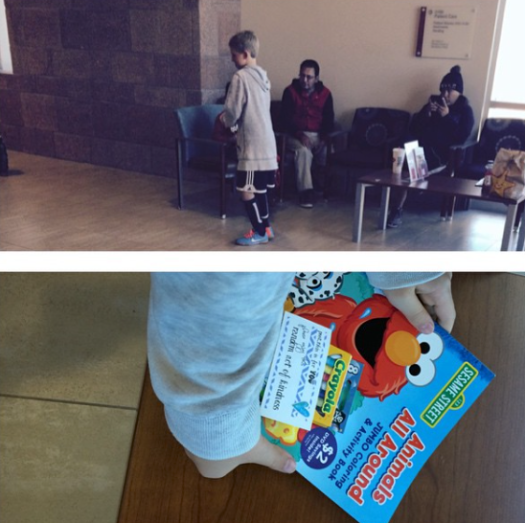 I made up a few Blessing Bags for the homeless and gave one to a man on a corner asking for money. 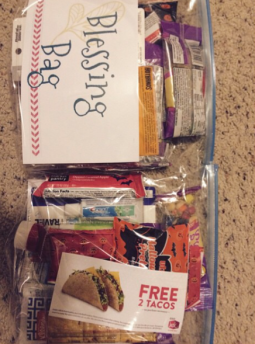 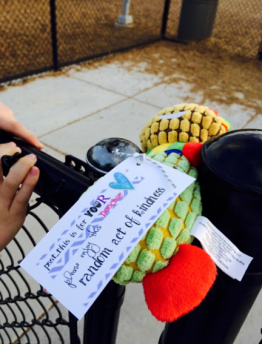 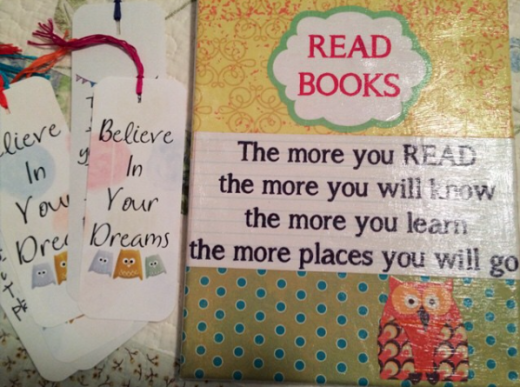 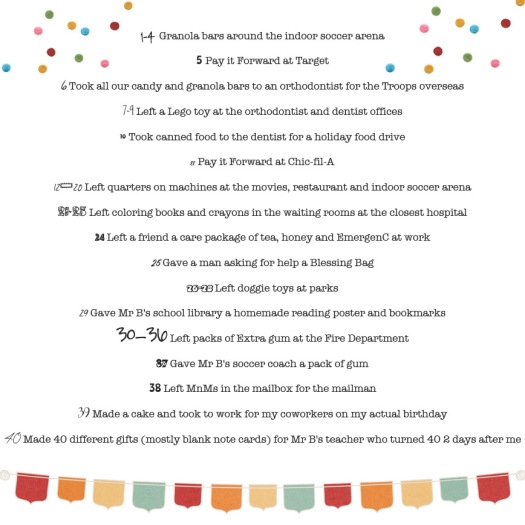 I also gave myself a photography goal and made a list of 40 pictures to take for my 40th. 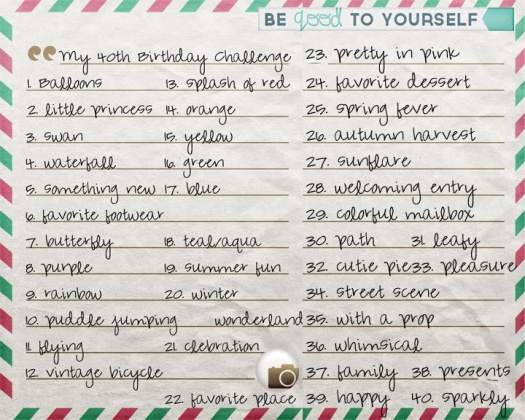 And I finished the challenge. You can see the pictures full size on my Flickr. 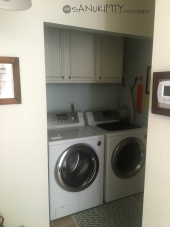 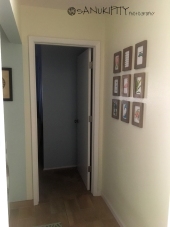 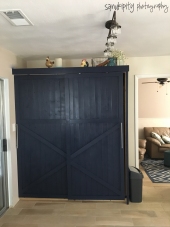 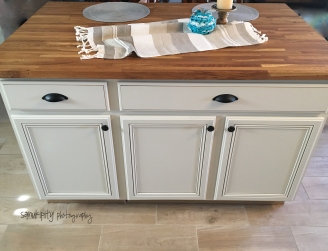 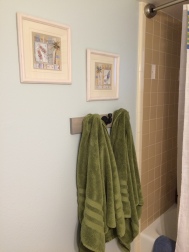 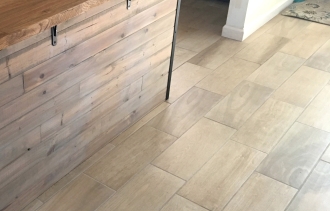 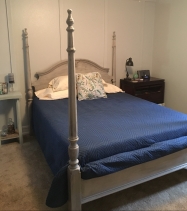 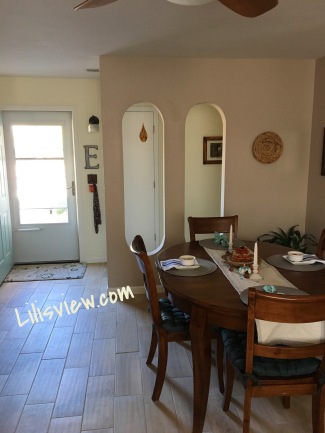 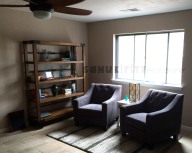 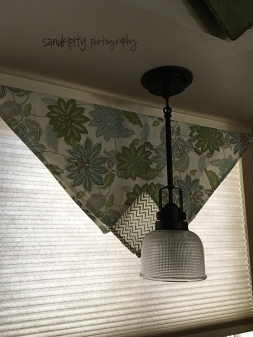 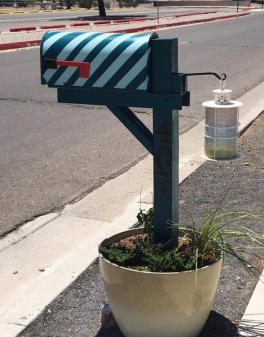 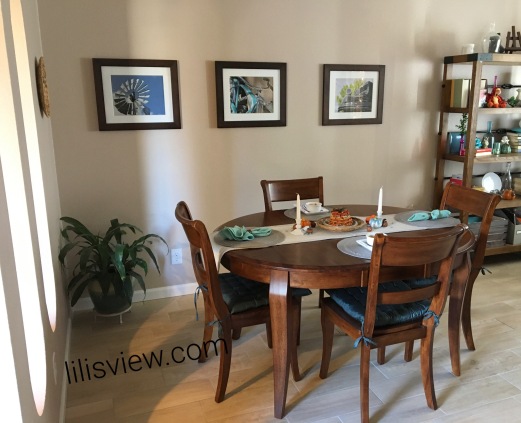