A few months ago my son and I rode the local trolley. Though it is designed to be for tourists, I thought it would be cool to see some of Albuquerque I might not have seen. One of the places we went was the neighborhood where a lot of movies are filmed. Movies that don’t say they are in New Mexico, but places like Seattle and California. So yesterday I decided I wanted to work on my wheels and entries sets and that neighborhood would be a great place to go. As we were on our way there we passed Tingley Beach. A series of ponds created in the 30s for swimming. Now they are primarily for fishing. No swimming allowed. But they now sport Pedal (I always thought it was paddle) Boating. Mr B and I took a ride. Tough work, pedal boating. I found all of this week’s prompts at the beach and in the neighborhood I went driving through, just like they did in the movie Wild Hogs.

Isn’t it fun? Just parked in a driveway waiting for me to take the picture. The mouth was there, my watermark just makes a perfect “nose”. 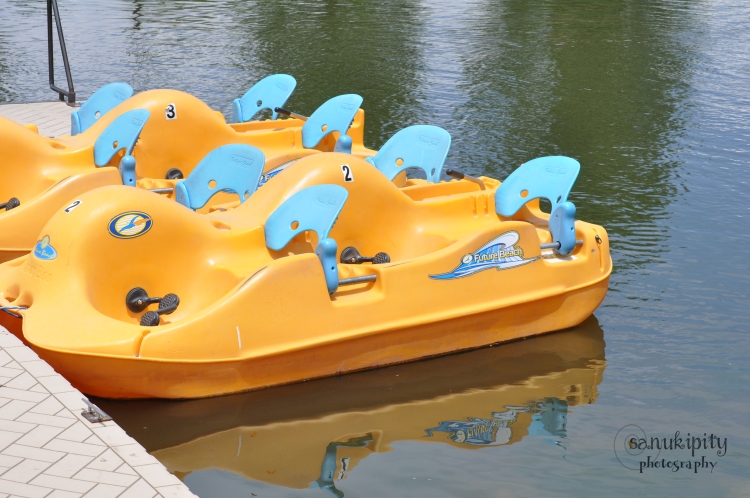 We didn’t ride on that one. We went on the one like the next photo, with a cover on it. It was pretty warm out.

The pedal boats were glittery but since you can’t tell I chose this for the way the sun sparkles on the water.

I had in my head that play was patriotic so I think it fitting this weekend to add that one anyway.