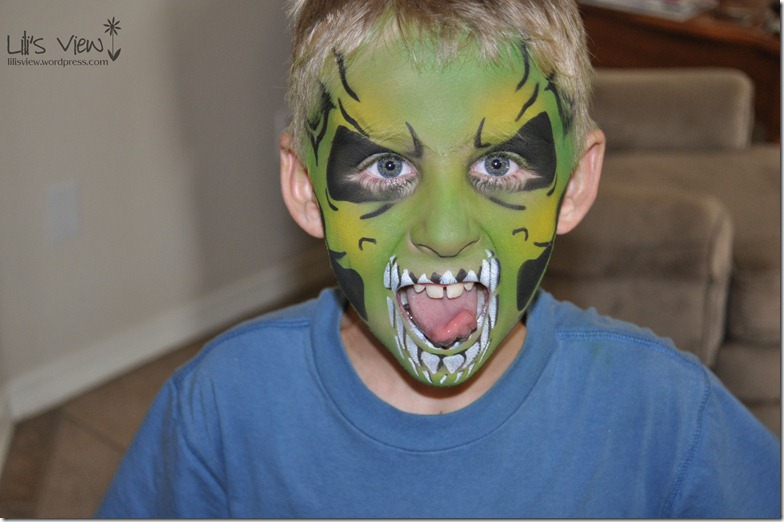 Mr. B had gone to the amusement park with his new friend and was given some money to spend for himself. This is what he bought. He could have slept in it because it was completely dry but he was ready to wash it off after being home for less than an hour. It was a bugger getting off. Still had a few speckles of is several days later.