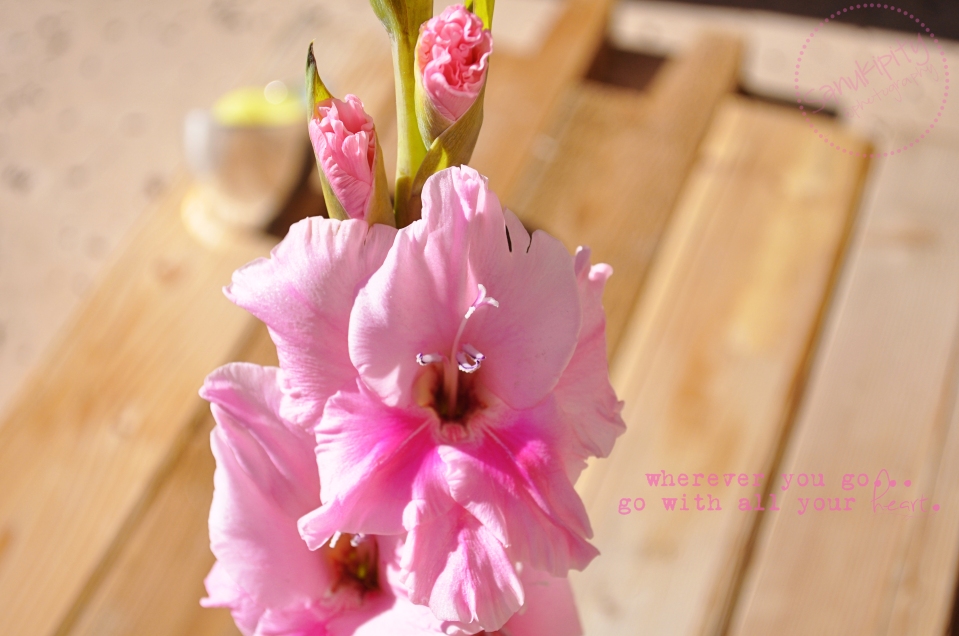 My maternal grandmother was one of my favorite people. Losing her was hard for all of us. We had wanted her to outlast my grandfather so that she could have a few good years without him. God didn’t have the same plan. I think it is safe to say that at 37, I am a decade beyond the early 30ers I know. I think that my grandmother had more influence on me than my mother, in many things. It is because of my grandmother that I became a flight attendant and then got to see the world. Every time I went to Ireland I would think of my grandmother and how I wished I could take her to where her people were from. Never got the chance. She would tell me that she was glad I got to go there. I will take my son there someday, if anywhere else. I gave him a strong Irish name for that part of my grandmother. I share her love of chocolate. However, I don’t like the dark variety and that was really her favorite. And she loved gladiolas. One of her favorite flowers, but she couldn’t really grow them in New Mexico because it is too dry here. I never realized what a gorgeous flower they are. I will have to try growing them if I ever live where it isn’t as dry as here.

Martha Carlsen. Born a Simon. Her mother’s family were Carton’s. She was born a twin, they only having 1 younger sister, 2 older sisters and 6 older brothers. There was also a set of boy twins. The boys all born before the girls. They grew up on a farm in Indiana and my great grandfather worked on the Board of Trades in Chicago. He would ride the train into work and live there during the week. When my grandmother was young, my great grandfather was killed at work. It came out later that the mafia offed him. He was up for a seat and wouldn’t sell out. His partner already had. So after his death, his partner received the seat instead. My grandmother went to Japan during the reclamation after World War II and wrote to a friend still up until her death, that she had made in Japan. When their mother turned ill, a doctor recommended that they move her to New Mexico in the drier climate. She and 3 sisters moved out west with their mom. It was here that she met my grandfather. A Danish boy, born and raised in the country of Iowa.